In the spring of 2013, Canzona undertook its first commission of a new piece for women’s voices.  We knew that we wanted the composer to be Dr. Meredith Brammeier, a Canzona member and Professor of Music at California Polytechnic State University in San Luis Obispo.  We also wanted the text to be by a local female poet, and were fortunate to find Bonnie Young, who was the San Luis Obispo Poet Laureate for 2011-12.  Her poem, To the God of Light and Shadow, was the inspiration for this new piece, which Dr. Brammeier composed over the summer.  The premiere of the piece, conducted by Dr. Brammeier, took place on November 10, 2013 at the Cuesta College CPAC.  It featured not only Canzona Women’s Ensemble, but also the women of the select PolyPhonics ensemble from Cal Poly.  The commission was underwritten by R.E. Wacker Wealth Partners, and the piece was performed to a sold-out house. (View the poem here.)

​To the God of Light and Shadow continues to have a life beyond that first performance. It was premiered by Canzona in Fresno on May 3, 2014 on a concert sponsored by Soli Deo Gloria; and Canzona gave the Canadian premiere in spring of 2015 at the Tapestry International Celebration in Vancouver.  We hope it will be performed by many other women’s ensembles in the years to come. 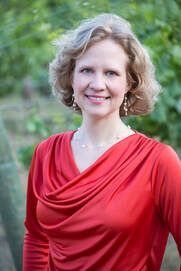 Dr. Meredith M. Brammeier, Composer, is Professor of Music at California Polytechnic State University in San Luis Obispo, California, where she coordinates the music theory and musicianship programs. She earned her Doctor of Musical Arts degree in Composition from the Thornton School of Music, University of Southern California, in August, 2000. Dr. Brammeier is a graduate of the Eastman School of Music, where she received a Master of Music in Composition degree in 1995, and Princeton University, where she received a Bachelor of Arts in Music degree in 1992. Her composition teachers have included Stephen Hartke, Christopher Rouse, Samuel Adler, Peter Westergaard, and Steven Mackey. While at USC, Dr. Brammeier received the Theory and Composition Departmental Award, a Pi Kappa Lambda Award, and the Peter David Faith Memorial Award in Composition. 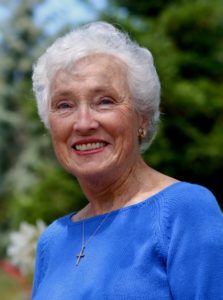 Bonnie Young, Poet, was born and grew up in Mason City, Iowa, teaching first grade there before moving to California. She holds a B.A. in English Literature from Cal State L.A. She was the main facilitator of a poetry workshop, Poets on the Edge, for five years. Her work has been published in The Witness, Flyway, Midwest Quarterly, Rattle, Thema, Mount Loretto Bulletin, Cafe Solo, if&when, Monterey Observer, San Luis Obispo Tribune, and the New Times. Her poetry chapbook, Inside Pockets (John Daniel), was published in 2009. Young has served on the San Luis Obispo Arts Council Poetry Committee, and created, with her workshop, a 5-year Teen Writing Scholarship to the Cuesta Writers Conference. She also instigated, with her workshop, “Put a Poem in Your Pocket” displays in local libraries promoting National Poetry Month, with copies of poems for library patrons to take home. This was gradually expanded to all county libraries.

Bonnie Young was named San Luis Obispo Poet Laureate for 2011-2012, concentrating on increasing poetry in the county libraries and, with poet-volunteers, sharing and eliciting poems from over 700 elementary students. She also formed a Centennial/Poetry Committee which sponsored a poetry writing contest, awarded prizes, and had readings by children and adults for the three summer months to celebrate Arroyo Grande’s Centennial in 2011. A former elementary teacher, Young lives and writes in Arroyo Grande, California. Now widowed, she has six children and ten grandchildren.
Proudly powered by Weebly